Spring has arrived. As I stepped out of the truck last weekend I couldn’t help but snap a couple photos of early snowdrops and crocuses beginning to bloom beneath a sugar maple. Commonly seen flowering in late February or March snowdrops get an early start around the time of the first snowmelt. In just a couple weeks they will lose their leaves and become dormant again. As you can see, the crocus bulbs aren’t too far behind. Though flowering in early spring, they typically close their petals at night or on cloudy days only to open up again. It won’t be long until the maple overhead breaks dormancy with its own show of bright yellow blooms. After that both wildlfowers have only a short window to bear fruit before leaf out. Carpe diem. 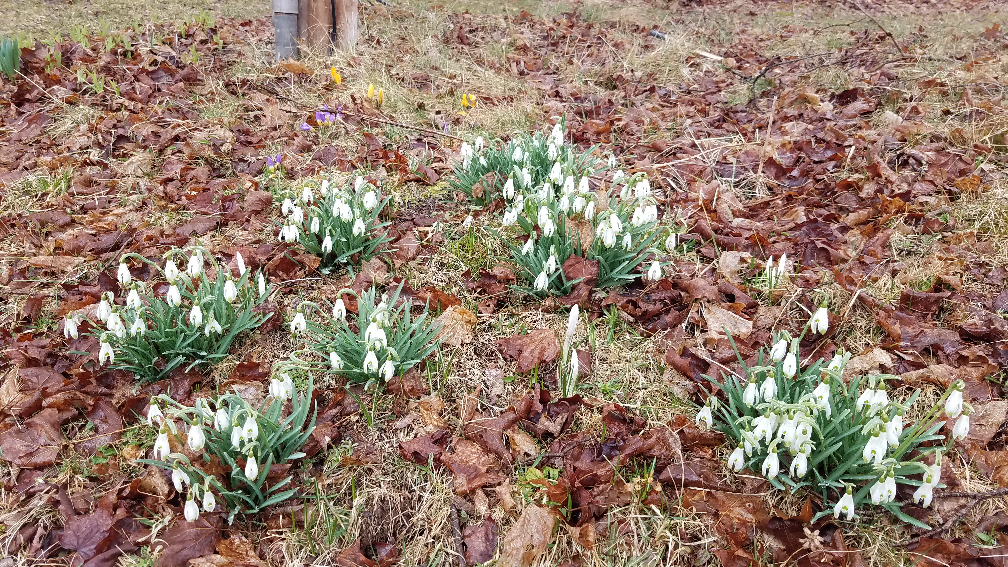