One of our members found this bark spud in a swamp located in western Delaware County. It probably dates back to sometime in the mid-19th Century. Bark spuds were used to debark or peel hemlock bark in the late spring to early summer. Bark was then stacked and taken out of the woods during the winter, where it was brought to a tannery. Bark was then grinded up and made into a “liquor” for tanning cow hides. In any case, this is really cool to find and a significant part of our Catskill Mountain forest heritage. The handle was added on afterwards; Only the metal part was found. 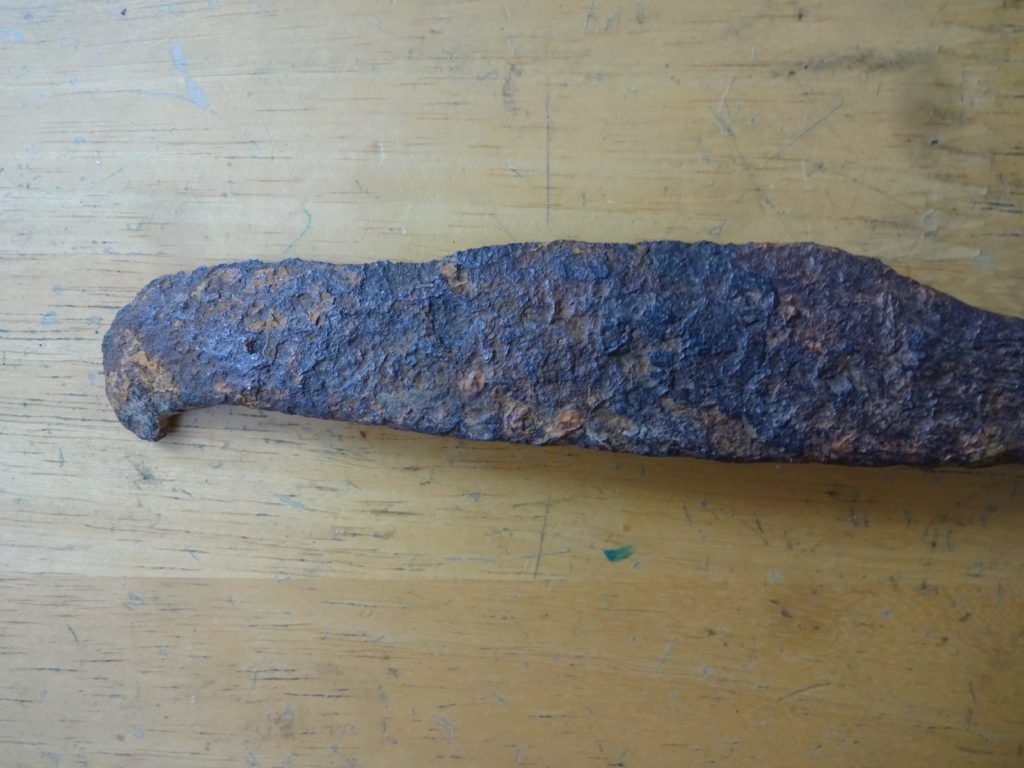